We have an amazing line-up of 16 great speakers for you this year, hosted by none other than Sara Soueidan!

We're very proud to announce that the host of Fronteers Conference 2017 will be none other than Fronteers Conference 2014 alum, developer extraordinaire and all-round Web development expert, Sara Soueidan!
Sara is an award-winning freelance front-end Web developer, author and speaker from Lebanon, working with clients across the globe, building fast, responsive & accessible Web sites and applications.

Jessica Rose is a self-taught technologist obsessed with technical outreach and education. She works at FutureLearn as their technical manager. She's founded the Open Code meetup series and co-founded Trans*Code. She blogs infrequently at Jessica.tech and really likes tapirs.

Californian by birth and Dutchman by choice, Stephen is an art director, designer-who-codes, and writer. He designed and built his first website in 1995 while art directing for a design firm. He left print behind. The things that happened after that could turn a conference bio into a book—a thriller, even. Stephen is currently Head of UX at online auction platform Catawiki.

Stephen wrote the book Responsive Design Workflow, which is all about content first, progressive enhancement, low-fi wireframing, and browser-based prototyping.

Jason Scott is an American archivist, historian of technology, and filmmaker. He is the creator, owner and maintainer of textfiles.com, a web site which archives files from historic bulletin board systems. Scott lives in Hopewell Junction, New York with his cat Sockington. He works for Internet Archive and has given numerous presentations at technology related conferences on the topics of digital history, software, and website preservation.
@textfiles

Val Head is a web animation expert and author with a talent for getting designers and developers alike excited about the power of animation. She is the author of Designing Interface Animation on Rosenfeld Media and teaches CSS Animation on lynda.com. Val curates the UI Animation Newsletter, co-hosts the Motion and Meaning podcast, and leads web animation workshops at companies and conferences around the world. 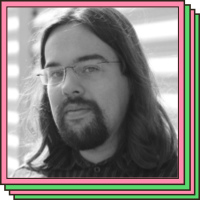 Starting at a very young age with GW-Basic, Ruben knew that software development would play an important part of his life. After graduating from college, he jumped headfirst into browser-based development. Starting his own company called Leunix as a freelancer, he is helping developing various mobile and web projects, using Java/Typescript, PHP and .NET.

However, his first experience with VR at the HCC Beurs at a very young age would also play an integral role in his future. When VR became a hot item again in 2012, he held off from buying development kits and focused on phone-based HMDs like the Durovis Dive and Google Cardboard, before getting more experience with the HTC Vive later. As co-founder of the Reality Lab, he’s ready to develop for and discuss the topic with anyone willing to listen.

Niels Leenheer is a self-professed browser geek. He has been hooked on browsers ever since somebody showed him the original Nexus browser on a NeXT Cube back in the dark ages of the internet. Niels is the creator of HTML5test.com and runs one of the largest Open Device Labs in the world. He loves procrastinating, collecting weird devices with even stranger browsers, procrastinating, researching obscure browsers and writing bug reports. For his day job he is CTO of Salonhub and creates web applications for hair salons.
@html5test

István Szmozsánszky (or Flaki, for short) is a JavaScript engineer & trainer from Budapest. He runs his own consulting business Skylark, is a Frontend Trainer at DPC Consulting and a longtime Mozilla contributor. He's worked on, and continues to contribute to various open source projects like Firefox, Firefox OS, Rust, Servo and the Tessel Project. He's a frequent speaker at conferences, and an organizer himself. His favorite topics include service workers, progressive webapps, JavaScript's history, internals, and JS on microcontrollers — more often than not he's even caught prophesying JavaScript's world domination. ;)

Ashley Bischoff is an accessibility wonk and copy editor for The Paciello Group. She has a knack for taming technical and business writing, and she's a heartfelt advocate for plain language—she relishes any chance to comb corporate-speak into everyday language. Ashley lives in Dallas, and she likes listening to metal and drinking tea.

Ola is a Web Compatibility Engineer at Mozilla living in Berlin, who is very passionate about Open Source, the Offline First concept, web standards and empowering people. She loves making the web accessible for everyone, riding the trails, and daughter-driven development.

After nearly a decade in Tokyo as a Content Infrastructure Designer and editing for Time Out, Harper's Bazaar,and Rolling Stone Japan, Jennifer Geacone-Cruz finally flipped the Japan-Europe commute and has been based herself in Berlin since 2010. She works internationally as a private consultant specialising in Japan and the Japanese market, content development and strategy, psycholinguistics, and team mediation.

When she's not writing poetry, bombing at stand-up comedy, and drawing comics, she is Content Director for the language learning platform Lingvist, Content Manager for the open-community dating app Feeld, and runs Communications for the open-source project LivingStyleGuide.org.

Ash is a digital developer with a passion for Javascript and using modern web APIs to improve user experience. He works at ABC News in sunny Brisbane, Australia where he uses web technology to surprise and delight news consumers. He also helps run the local JS meetup which holds monthly talks and networking events for developers to share and learn from each other.

Alicia Sedlock is a front-end developer and spends most of her day thinking about front-end design systems. By day she focuses on things like web standards and accessibility, while by night she thinks about making games for the web. She's written articles for places like net magazine, CSS-Tricks, and 24 Ways.

Umar Hansa is web developer based in London. He runs a mailing list focussed on DevTools. Speaking at conferences around the world, Umar is also a technical writer, video course creator and a Google Developer Expert. Having previously worked at Shazam for 5 years, he now works at Sitepen as a JavaScript engineer. Umar's current projects are the Dev Tips mailing list and Modern DevTools, a video training course. 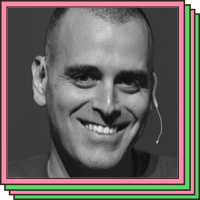 Yoav Weiss is a principal architect at Akamai, where he focuses on making the Web platform faster by adding performance-related features to browsers as well as to Akamai’s CDN. Yoav has been working on mobile Web performance for longer than he cares to admit. He takes image bloat on the Web as a personal insult, which is why he joined the Responsive Image Community Group and implemented the various responsive images features in Blink and WebKit. When he’s not writing code, he’s probably slapping his bass, mowing the lawn in the French countryside, or playing board games with his family.

Monica Dinculescu is an emojineer at Google. She works on Polymer, web components and Chrome, and has probably at least once broken the Internet for you. She is unreasonably excited about emoji, wary of web fonts, and will probably eat all of your Oreos, if you have any.