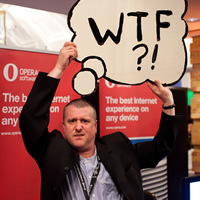 Bruce (@brucel) knows Fronteers like few others do. He is an all-star, three-time Fronteers speaker (and that's not even including his Fronteers jam session work) and he has agreed to host the 2015 edition as our Master of Ceremonies.

Bruce Lawson leverages synergies for Opera and co-wrote the first book on HTML5, Introducing HTML5. He was previously content editor and technical lead for The Law Society and the Solicitors Regulation Authority websites. He was a member of the Mobile Web Best Practices Working Group at the W3C. He's been a 6502 and Z80 assembler programmer, a tarot card reader and tutor to a Princess. (Photo: Patrick H. Lauke)

Sally (@sjenkinson) is a consultant and solutions architect who, through her company Records Sound the Same, helps businesses from big to small with their discovery, planning, and strategic digital decisions. She is passionate about responsibly using technology to enhance experiences, and is also an author, keen gamer, and slightly obsessive jasmine tea drinker. 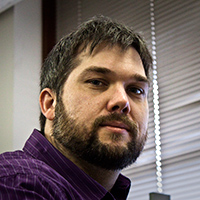 Chris Eppstein is an engineer at LinkedIn leading the development of stylesheet technology. He is a core developer of the Sass stylesheet language and creator of the Compass stylesheet framework. Chris is an engineering graduate of the California Institute of Technology and he currently lives in San Jose, CA with his awesome family. You can follow Chris on twitter: @chriseppstein. 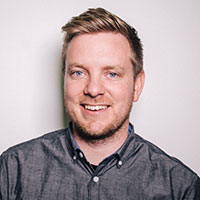 Wes Bos is an independent full stack JavaScript developer living in Hamilton, Canada where he works with startups and companies to build their products. Wes also works with HackerYou where he teaches web development topics ranging from CSS3 to AngularJS. He is passionate about the workflow and tooling surrounding building web sites and applications. You can find Wes' video tutorials at Wesbos.com and his latest book on Sublime Text at SublimeTextBook.com. 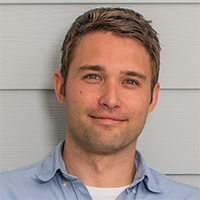 Scott Jehl is a web designer and developer. He works alongside the bright folks at Filament Group, with clients such as the Boston Globe, LEGO, eBay, and more. In 2014 he wrote Responsible Responsive Design, and in 2010, he cowrote Designing with Progressive Enhancement. Scott regularly speaks at conferences like An Event Apart, Smashing Conf, Web Directions, CSSConf, and more. He is an active participant in the open-source community, maintaining many projects on GitHub that focus on accessible, sustainable, and performance-oriented practices for cross-device development. Scott lives in Seagrove Beach, Florida. 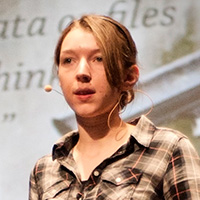 Anna is a freelance front-end developer based in London. She was awarded Young Developer of the Year by Netmag in 2013. She's written a book on Front End Style Guides, and co-hosts a podcast with Brad Frost on Style Guides. When she's not playing on them, she's researching the browsers on game consoles. 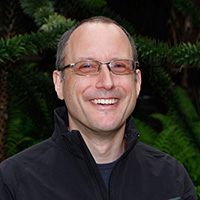 Rejo Zenger is a technical research and policy advisor for the Dutch civil rights movement Bits of Freedom. The organisation fights for the protection of fundamental rights like freedom of speech and privacy on the internet. Zenger is primarily focused on topics related to telephone and internet providers, such as the Dutch law on telecommunications data retention. Before joining Bits of Freedom, he worked as a systems administrator for a number of ISPs. He writes and speaks extensively about internet freedom - not just on the policy level, but also on the impact of technology in society and the ethics of developing technology. 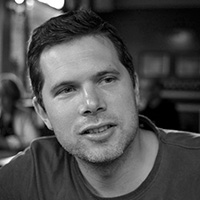 Phil has been building experiences on the web since the late 90s. Working now as a Technology Director at R/GA in London, he works with clients like Google, Nike, Beats by Dre, and Dyson to create web experiences. He's a vocal supporter of things like unobtrusive JavaScript, open web standards and tasty browser shenanigans.

Some say that his Instagram feed contains more photos of cats than might be considered healthy for a grown man, but he's convinced that he doesn't have a problem. 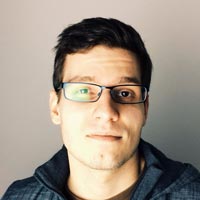 Dominic (@phoboslab) is a game developer and the author of the HTML5 Game Engine Impact http://impactjs.com/. Nowadays he's mostly focused on bringing HTML5 games to mobile devices and game consoles. When not building games, he works out the kinks of Ejecta http://impactjs.com/ejecta and patiently waits for the day it becomes obsolete. Dominic spoke at our 2014 conference as part of a game development lightning round - this year, he's back for a full session!

Espen, Gordon and Bart are principals at Primate, a web agency with a love for good content, progressive technology and user driven design. This Edinburgh-based triumvirate will share the stage at this year's Fronteers conference for a frank talk about real-world studio work and its challenges. 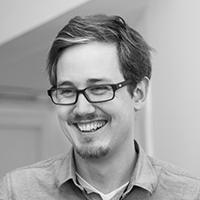 Espen (@ebrunborg) is Primate's creative director. Originally hailing from Oslo, Norway, Espen moved to the UK in 2003 to earn degree in Graphic Design before honing his skills with several digital and design agencies throughout Edinburgh. A print designer originally, he now draws upon his editorial design roots to create interactive and responsive layouts in the digital space. 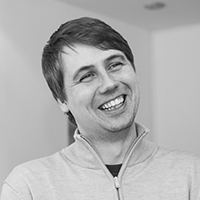 Backed by a degree in Computing, Gordon (@GordonMcLachlan) has worked in the web industry since 2005 in various key development and management roles. With a vast amount of experience in digital project life cycles and a staggering love of good content, he utilises his development background to guide projects from conception to launch and beyond. Gordon is Primate's managing director. 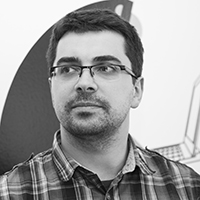 Bart (@bbucek) is technical director at Primate. With a Master’s degree in Philosophy from the prestigious Jagiellonian University in Krakow, he was well suited to turning his analytical mind to solving the needs of the online industry. Now a champion of progressive web technology, his innate desire for structure and quality is only equalled by his passion for elegant code. 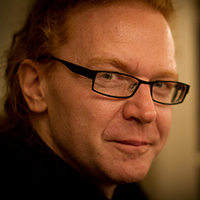 Chris Heilmann has dedicated a lot of his time making the web better. Originally coming from a radio journalism background, he built his first web site from scratch around 1997 and spent the following years working on lots of large, international web sites. He then spent a few years in Yahoo building products and explaining and training people including Yahoo Answers, Search, Local and Maps. He then worked at Mozilla moving HTML5 support forward and advocating Firefox OS as an open alternative to closed mobile systems. He is currently working with the Microsoft Edge team as a Program Manager for Developer Outreach.

Chris wrote two and contributed to eight books on web development and wrote many articles and hundreds of blog posts for Ajaxian, Smashing Magazine, Yahoo, Mozilla, ScriptJunkie and many more. He also wrote the Developer Evangelism Handbook in use in many companies to coach evangelists. 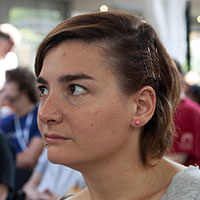 Soledad is a devevangineer at Mozilla.

Building real time audio+graphics experiments; breaking half the browsers in the process. It's fun! 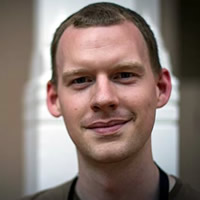 Jake (@jaffathecake) returns to Fronteers after MC'ing the conference in 2014! He works in Google Chrome's developer relations team, working on specs, implementations, and ensuring developers have tools to make their jobs less painful. He's a big fan of time-to-render optimisations, offline-first, progressive enhancement, and all of that responsive stuff. 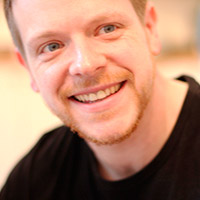 Remy is the founder and curator of Full Frontal, the UK based JavaScript conference. He also ran jQuery for Designers, co-authored Introducing HTML5 (adding all the JavaScripty bits) and likes to grumble on Twitter.

Whilst he's not writing articles or running and speaking at conferences, he runs his own development and training company in Brighton called Left Logic. And he built these too: Confwall, jsbin.com, html5demos.com, responsivepx.com, nodemon, inliner, mit-license.org, snapbird.org, 5 minute fork and jsconsole.com! 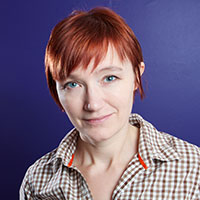 Rachel Andrew is one half of web development company edgeofmyseat.com, the company behind Perch CMS. Her day to day work can include anything from product development to devops to CSS, and she writes about all of these subjects on her blog at rachelandrew.co.uk.

Rachel has been working on the web since 1996 and writing about the web for almost as long. Her books include the bestselling CSS Anthology from Sitepoint and recent ventures into self-publishing have seen her write  CSS3 Layout Modules 2nd edition. She is a regular columnist for A List Apart as well as other publications online and print. 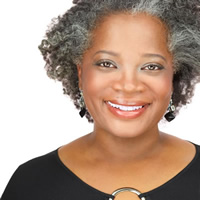 In her 20-year career, Lisa Welchman (@lwelchman) has paved the way in the discipline of digital governance, helping organizations stabilize their complex, multi-stakeholder digital operations. Lisa’s thought leadership focuses on interpreting how the growth of digital impacts organizations, as well as the maturation of digital as a distinct vocational discipline in the enterprise. Lisa speaks globally on issues related to digital governance, the rise of the Information Age and the role of the information worker. Alice Bartlett (@alicebartlett) is a senior developer at the Government Digital Service (GDS) in the UK. GDS is a team at the heart of government building digital public services .Her site is http://alicebartlett.co.uk/.